“After basic training in a swimming pool and an open water check-out, the majority of students seldom, if ever, dive again.”

In other words, the scuba diver dropout rate is significant. When do you think the above statement was made? A long time ago, by Bill Barada – when newsletters were prepared with a typewriter. Don Rockwell, the former CEO of Aqua Lung, showed me this newsletter in the museum of scuba diving Aqua Lung maintains in its upstairs lobby in California.

Let’s look at the much talked about ‘scuba divers dropout’ rate in the dive industry. Is it an issue?

1. How many scuba divers dropout?

It’s a million-dollar question. For now, let’s say that we don’t know exactly what is the scuba diver dropout rate and it fluctuates among dive stores and geographical regions. But it’s high. Probably a little bit less than what Barada was contemplating, though:

The extent of the drop out problem can be appreciated by the results of a recent survey made by (…) Advanced Sport Divers in Sacramento, California. Their survey of the Sacramento area showed that 99% of new students dropped out of diving in the first year.

In a 1988 DEMA report titled “DEMA Diver Erosion Study,” it was stated that the scuba diver dropout rate was about 15% one year after entry-level certification; and more than 50%, after four years. The main conclusion was: “The graph and tables appearing below suggest that the 80%, one-year diver drop-out rate referred to in a number of dive industry articles is not accurate.”

These results were confusing, though. The sample was a mere 347 divers with no indication of how these divers were recruited for the survey. Were they random or part of a list of active divers? Furthermore, something was strange. Some of the divers who answered had been certified divers for less than two years – yet, the study was evaluating the behavior of these divers up to 4 years after being certified.

2. What are we doing about The Scuba Diver Dropout Rate?

I remember a DEMA Show a few years back. A training agency was focusing its efforts on convincing its instructors to work on “continued education” (con’ed). They wanted their instructors to focus on selling courses beyond the entry-level diver course.

It made sense. After all, it is part of ‘Marketing 101’ that it takes less effort (costs less) to sell more products to an already acquired customer than to recruit a new one. Representatives of the training agency had numerous graphs showing how many “opportunities” there were – in other words, how many students do not dive anymore and to whom the instructors could sell more courses.

Unfortunately, it didn’t work that well.

At the following DEMA Show, one year later, the same training agency’s efforts were centered on selling more entry-level diver courses – i.e., recruiting new customers. We will not solve the scuba divers dropout rate only by telling dive instructors and dive centers to sell more con’ed, for one year.

That’s on the marketing side. What about the training side of things?

In the newsletter we mentioned above, Bill Barada made an interesting observation about “entry-level courses” and being trained enough to enjoy scuba diving:

Let’s face it – you only enjoy a sport after you get pretty good at it – and a student fresh out of a diving class is just ready to start learning to dive. He has learned theory, and how to use his equipment, but the real knowledge which leads to full enjoyment of the underwater world can come only through practical experience and practice.

We will come back to this topic in our discussion on the negative impact of focusing on ‘scuba tryouts’ and entry-level scuba diving courses.

People come to us because they want to dive. And they end up not diving. We need to understand ‘why.’

They didn’t leave their couch at home to do a “course” and then go back to their couch. They came to you because they wanted to scuba dive. They spent time with you in the classroom, the pool, and the open water dive site – then, they never dive again. What does it tell us about the way we teach scuba diving?

The only thing between their willingness to dive and them not diving is us.

Basically, we’ve convinced them not to dive!

Of course, it may be challenging to convince somebody who doesn’t care about diving anymore to answer a bunch of questions, so we understand what happened. We need to start surveying and questioning during the entry-level course. We may also need to commission outside organizations to include these questions inside surveys they are already doing over a large sample of the American population (e.g., SFIA).  Either way, we need to dig deeper and not give up until we understand what is happening.

Meanwhile, we will propose a few hypotheses to work with, including a lack of quality control and consistency in the quality of their experience and a need to redefine the dive center to fit today’s customers’ expectations. 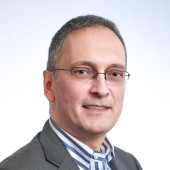 In the dive industry, Darcy worked in retail, wholesale and eCommerce. He’s been a Course Director and Instructor Trainer with numerous dive training agencies. He owned/managed dive shops, dive resorts, and charter boats in Canada and USA. He’s been on the Board of Directors of DEMA. He brings with him valuable experience from other industries, including sporting good manufacturing, radio & TV broadcasting, railroads & transportation, digital marketing agencies, and education. Darcy is a radio announcer and author.

A Pat on the Back

Be The FIRST To Know!

About The Dive Industry: